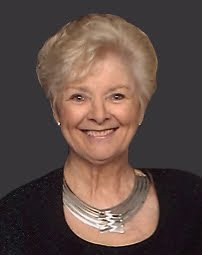 I was shocked and broken hearted receiving the news this week that Ann Richens had died. I can’t begin and actually don’t want to imagine the world without her.

One of my fondest memories of Ann Richens is seeing her dance with John Timm on the stage of the Victoria Theatre. It was during one of the Rhythm in Shoes concerts that Cityfolk produced in the early nineties. She danced with such joy, grace, precision and the embodied beauty of the Master dancer and teacher she was. It was a rare treat to see her on the big stage. Her role as teacher usually had her standing in the wings or coaching from the sidelines or judging at a competition.

I was still in high school when I first met Ann. My cousins, Mary and Bridget Palmer, took Irish dance lessons from her. I went to a number of feis (Irish dance competitions) to see Bridget and Mary compete and you couldn’t help but to get to know Ann. She knew everyone. She had an open and welcoming way, a pixie-impish beaming smile, an energy that seemed inexhaustible and an organizer’s skill that you couldn’t say no to.

In 1978, before Cityfolk was formed, I was doing a Celtic music radio show on WYSO-FM and a band I knew from Pittsburgh called “Devilish Merry” was coming through town. They were a great dance band that played ole’ timey music and Irish traditional music and I thought, “they could probably do a great ceili.” So, I called up Ann and suggested the idea. Ann was all for it. Ann and I together organized what I think was the first ceili with live music in Dayton at the Dayton Leiderkrantz Club on E. Fifth Street. We had a blast!

In the very beginning years of Cityfolk, (the early eighties) a lot of the Irish music we presented was in bars, Gilly’s and Canal Street Tavern, even the long defunct Sam’s. When we wanted to make the leap to go into a concert hall, I asked Ann and group of other local Irish and Scottish cultural supporters to act as “guarantors.” Ann led the way and was the first to step up to the plate with backing money which allowed us to take the concert into the auditorium at the Dayton Art Institute. Ann and all the guarantors got their money back and the Cityfolk Celtic Series was off and running. In just a few years, it moved into the Victoria Theatre with our very first presentation of the Chieftains and of course, Ann was in the audience along with many, many of her dance students and their families.

Ann’s dancers have graced the stages of Cityfolk concerts and the Festival more times than I can remember.

I actually took some Irish dance classes, myself, with Ann for a few years. I remember loving it. Ann was an extraordinary teacher. It was inevitable that the world champion John Timm would come from her school, along with numerous others after him qualifying and ranking as top Irish dancers in the world. She had the ability to perceive each person’s ability, communicate and demonstrate exactly what they needed to take them to the next level and to keep growing to higher and higher levels of excellence. Dedicated and hard working sound wimpy when used to describe the fierce focus she brought to her life’s passion.

I take some comfort in knowing that her incredible skills have been passed to the next generation of teachers. Still, the world has lost a most exquisite gem, a glorious emerald of an artist, cultural treasure and brilliant human being.

I only got to glimpse a small portion of Ann’s rich and full life but it seems to me, to paraphase Rumi, “the beauty she loved was what she did.” I know the gifts I received from knowing and working with Ann will always stay with me. And, I’m eternally grateful her support and the collaborations that lead to the formation and growth of my passion– Cityfolk. She was a partner at every major turn and Dave Barber tells me she was involved in projects that have yet to happen.

May the grace and beauty Ann cultivated and nourished continue to shine in the countless lives she touched and may that light surround and carry her as she “sevens and threes” now with God.